Hi, what are you looking for?

20th Century Fox and Black Girls CODE have partnered to create FutureKatherineJohnsons.com, a website built by and profiling the next generation of young women poised to make a difference in our world the same way that Katherine G. Johnson, Dorothy Vaughan and Mary Jackson did at NASA, as told in the upcoming film, HIDDEN FIGURES. More than 1,000 girls from Black Girls CODE chapters across the US will attend screenings of the film to celebrate the groundbreaking work of women of color who helped our nation succeed in the Space Race of the 60s.

Founded in 2011, Black Girls CODE is a not-for-profit organization focused on introducing girls from underrepresented communities ages 7 to 17 to the field of technology. Their mission is to increase the women of color in the digital space and diversify the tech industry.

“We’re so proud to partner with 20th Century Fox and have our girls participate in the FutureKatherineJohnsons.com website,” Black Girls CODE founder Kimberly Bryant said. “Building a tech future for young women of color across the country not only depends on the work of partners like 20th Century Fox, but it also relies on these girls learning the history of the great trailblazers like Katherine, Dorothy and Mary who came before them and paved the way. 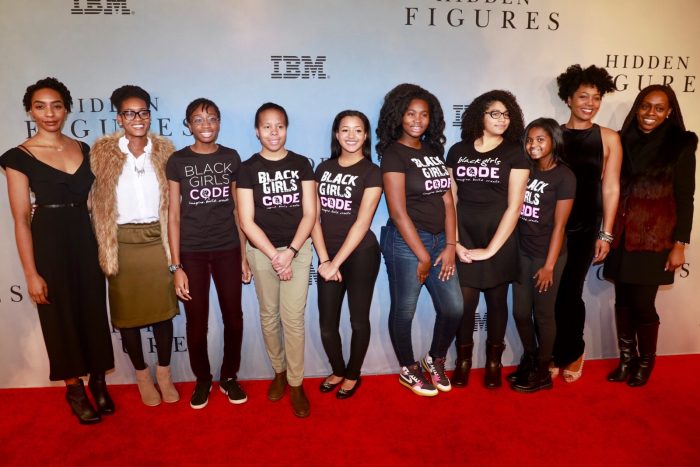 By seeing the story of these great women of NASA on the big screen, our girls can see themselves as the future tech leaders and innovators of today and tomorrow.” Hidden Figures tells the incredible untold story of Katherine G. Johnson, Dorothy Vaughan and Mary Jackson—brilliant African-American women working at NASA, who served as the brains behind one of the greatest operations in history – the great race to space. These “hidden figures” paved the way for future generations of women of all colors in STEM.

To see the future of STEM and the work of BGC members, visit FutureKatherineJohnsons.com.

This site uses Akismet to reduce spam. Learn how your comment data is processed.

Founded in 2008, Faith in the Bay is the Bay Area's #1 Online Inspiration + Information Destination.

Just when you thought the Warriors Parade couldn’t get any bigger and better, it did! The Golden State Warriors brought the 2017 NBA Finals...

A Church Clapback? B. Slade Responds to Critics with Conversation

Just a few days ago, The Dream Team honored Kurt Carr and Lynette Hawkins-Stephens for their contributions to gospel music. The evenings musical tribute was...

Summer is over ladies!! So you know what that means.... Its time to put away the sandles and summer dresses and Fall into some...